While working a daytime job, Jeff encountered a potential customer with a gas gathering need. Jeff decided to take that first step toward his own business, Kingsly Compression, by using his life savings and taking out a second mortgage on his home.

The Debut of “Big Blue” 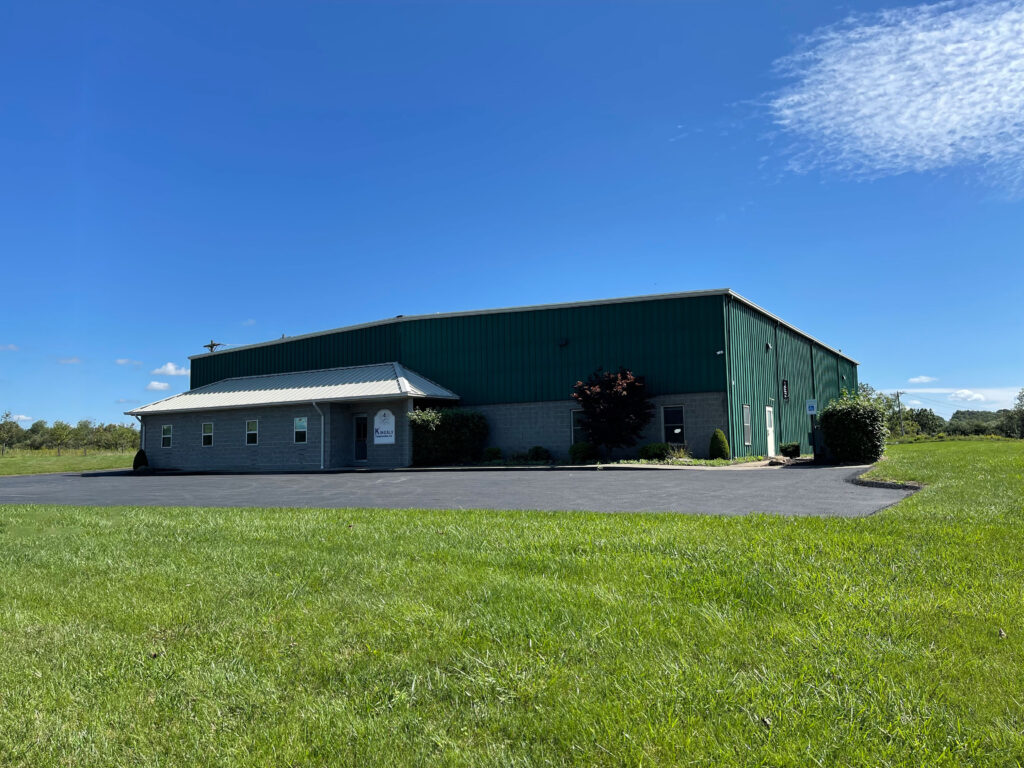 Jeff found his first package, later nicknamed ‘Big Blue’, in a remote area of Eastern Kentucky. It had not been in use for nearly 10 years. However, the price was right and Jeff had the experience, motivation and mechanical ability to get this retired compressor up and running once again.

Jeff planned to have the package picked up by a winch truck at its remote location and hauled to a rented garage in Zanesville, OH. Upon arriving at the remote location, the six-axle winch truck became stuck on the way up the mountain. Fortunately, with a little troubleshooting and the assistance of a tow, Jeff and his team were able to free the vehicle. However, more challenges lay ahead.

As Jeff inspected the compressor closely and began disassembling the off-skid piping, several Diamondback rattlesnakes emerged from the base of the unit. Fortunately, no one was bitten. As the team loaded the 10-year dormant Ingersoll-Rand package onto the trailer, several more Diamondbacks began to appear and were not happy about losing their long-time steel home.

With the rattlesnake standoff behind him, Jeff began rebuilding the aged Ingersoll-Rand. Committed to get the job done for his customer, Jeff brought “Big Blue” back to life in just a few short months…and just in time. Jeff was running low on money and, more importantly, he had to start making money for his customer. He delivered “Big Blue” on time in July 1991, and soon had the unit piped-in and ready to begin compressing natural gas.

Doing It Right From The Start

Things were beginning to look up for Kingsly Compression. Jeff was about to finish his first business deal on time and within budget. However, once he installed the package, Jeff learned that the safety shutdown panel would not communicate with the engines’ ignition system. This could have been a devastating blow to Kingsly Compression’s future.

Understandably, Jeff’s customer grew impatient and demanded the unit to be up and running immediately or he would cancel the lease. This would be the end of Kingsly Compression because Jeff had invested all of his savings into this project.

Jeff quickly discovered that he needed a single part to fix the problem, but it would be almost a week before the part would arrive. The compressor was operational. The problem was it would not shutdown if any conditions exceeded operational limits. Jeff was faced with a decision: either cancel the lease, take his loses and say goodbye to Kingsly Compression or Jeff could remain onsite with the compressor for the entire time until the part arrived.

For Jeff, this was a no-brainer. Several months before this situation, he had set out to start something and he was not going give up on it. What’s more, he made a commitment to a customer.

Sleeping in his truck, waking several times an hour to make sure everything was still running at safe conditions, Jeff stayed with the compressor package 24/7 until the part arrived. Upon installing the replacement part, Jeff had the package fully operational and a satisfied customer. With ‘Big Blue’ moving gas and making money for his first customer, Jeff was set to move forward with his new business – Kingsly Compression!

Let's get started on your project today!